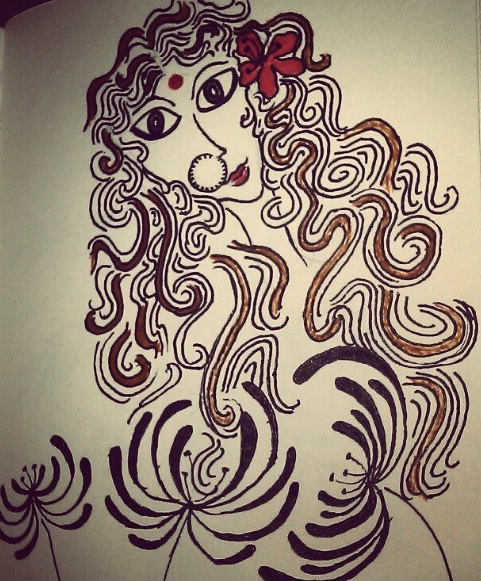 This post was originally written on January 27th 2013, in wake of the Delhi rape incident

A lot has been said, spoken, ranted and abused after the case of the horrific rape in Delhi recently. I have seethed in anger and frustration as I watched news reports of the incident, and was rocked with rage as I watched the barrage of insensitive, shameful and acutely distressing comments made by people of prominence in our country. There have been several articles and blogs about the incident and the social problem that plagues India, and I didn’t really feel the urge to pitch in myself. For one, I haven’t written much besides B-school essays over the last few years, and I didn’t think I had anything more intelligent to offer than what was already written so well by so many others. Yet, today I felt like putting pen down to paper although I have a million other things to do, mostly because of observations made off late.
A month ago, I moved to Singapore for my MBA. One statement that I heard ever so often by everyone who lived here and knew the city was that “Singapore is safe!” For someone moving out of home for the first time, this comment was of great comfort, and I now know after a month that it is completely true. Although Bangalore is relatively safe compared to the more notorious north India, the safety and feeling of liberation that I feel here is incredible. I have come home at midnight alone, using public transport on several occasions, and I have not felt unsafe even for a moment. Women here are dressed impeccably and appropriately to the hot and humid weather, and not once have I noticed a single man give her a looking-down.
I have the privilege of sharing a flat in Singapore with a single Singaporean male and a Singaporean couple. At this moment, I would like to add with sadness that it would’ve been unthinkable for me to live under the same roof with a strange Indian man. Moving on with my point- I have had the opportunity to observe the couple at close quarters, since I now consider them friends. Both of them are working professionals, and seem to have erratic work timings. In a country where it is not affordable to hire help to do the laundry and clean up, I watch with admiration and joy as they both share the housework seamlessly. They take turns doing the laundry, cooking, or buying home the dinner. It is simply a matter of convenience; the person who gets home earlier takes care of the housework. This is not what I have grown up watching in any Indian family I have known closely. I believe things are changing, but when they have, I have heard of mothers-in-law complaining that their sons are now being made to do housework.
What makes the society so different from ours? Why does India treat its women the way she does? (Isn’t it an irony our country is deemed to be of the feminine gender?) This question obviously isn’t an easy one to answer, and is probably due to extremely complex and deep-rooted issues that go back a long way. One observation I have to make, however, is that Indian men seem to have a fixation to associating all women to their mothers, sisters and sometimes, wives. How often did we hear references to mothers and sisters during the protest marches in Delhi? I don’t really have a problem with it, and really, if imagining all women as sisters and mothers is what prevents someone from committing a rape, then please do so by all means. What I would like Indian men to do, however, is regard women as fellow human beings, as an equal. Not someone who simply needs to be your sister or mother, but a person with the same aspirations as you have – of a career; of education and learning; of the same ambitions you have- money, peace and good health, even sexual needs. A sister and mother invoke feeling of compassion and protection- of a weak person who needs you. Women do not need anyone; they need respect and an equal chance.
I have often heard myself be called a feminist. I do not agree. There is certainly nothing wrong with being one, but calling me a feminist is akin to calling a man who does not rape a paragon of virtue. Just because something that is wrong is so commonplace, does not make it right. Seeking equality of gender is not feminism; it is simply demanding the right thing when status-quo is so wrong. It is time that every one of us do our bit- and do the right thing.